Our founder, Laura B. Whitmore, sat down with Lzzy Hale (Halestorm), Cherie Currie, Margaret Cho, Cindy Blackman Santana, Jane Wiedlin & Kathy Valentine (of the Go-Go’s) for a fabulous Q&A session. Check it out here and be inspired! 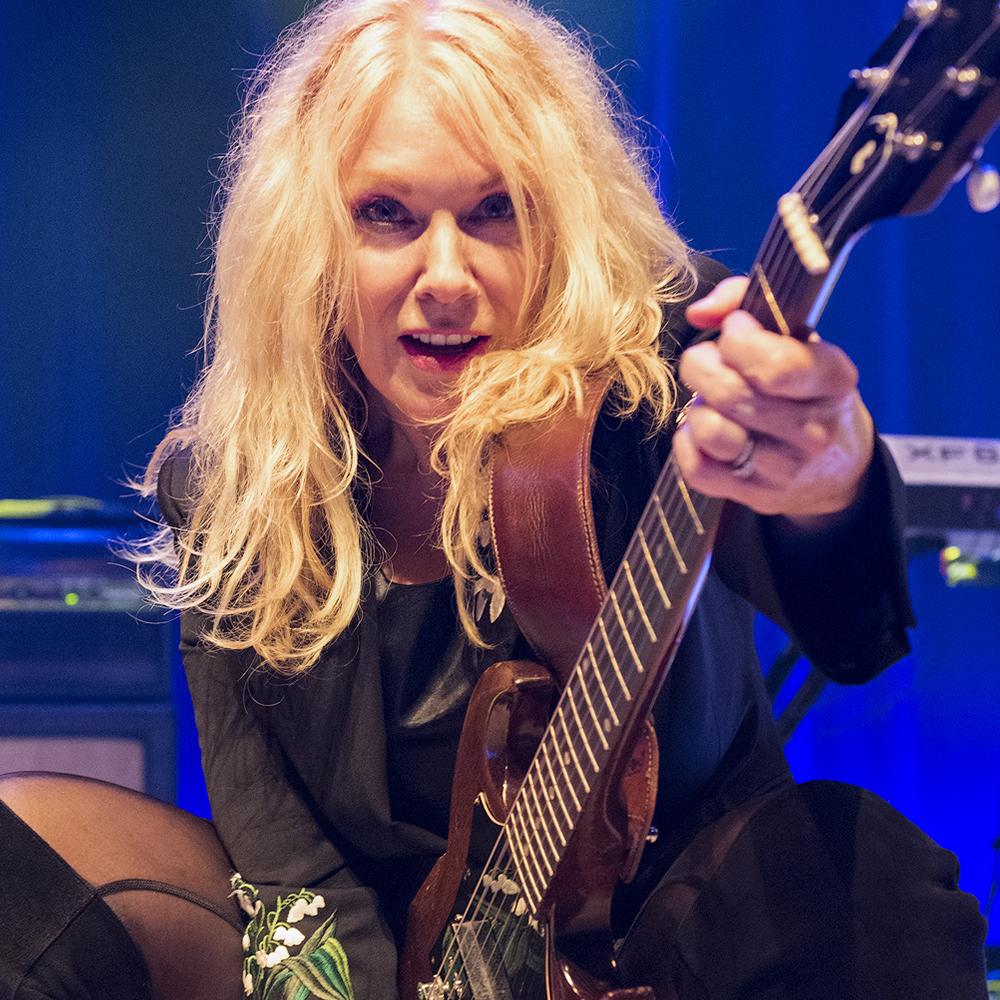 The Women’s International Music Network (the WiMN) proudly announces another amazing honoree for the 2021 She Rocks Awards, sponsored by Positive Grid. Co-founder, guitarist and Rock and Roll Hall of Fame inductee Nancy Wilson of Heart will join the previously announced array of honorees.  Full list is below.

With the current pandemic situation, and NAMM moving to a virtual convention, the She Rocks Awards are reimagining the ceremony to fit the current times and will follow suit with a virtual ceremony. The awards ceremony itself will continue to pay tribute to women in the music industry, with the ninth annual She Rocks Awards taking place at 6:30 pm PT on Friday, January 22, 2021. This high-energy evening will include live virtual music performances, awards and speeches, celebrity appearances, a fabulous silent auction, and much more, all available online. This year’s virtual event is free and open to the public.

A VIP gift bag and after-party ticket are available for fans to purchase the ultimate She Rocks experience. The She Rocks VIP Gift Bags are legendary and now fans can get the VIP treatment at home!  The VIP Experience purchase entitles the holder to a VIP She Rocks Box valued at over $200 and includes a ticket to the VIP after-party, where a fan will be able to join the She Rocks team, honorees and more.  The VIP bag includes items from M.A.C Cosmetics, PRS Guitars, Marshall, D’Addario, The Music People, Cuccio, Positive Grid, Clif and more. With only 100 VIP packages available, fans should visit sherocksawards.com/tickets.

The 2021 She Rocks Awards recipients include:

She Rocks Awards founder Laura B. Whitmore comments, “Nancy Wilson has been an inspiration to me personally and so many female musicians. I’m beyond thrilled to honor this legendary performer as we celebrate these inspiring women in music.”

Lzzy Hale to Host the 2021 She Rocks Awards

We’re excited to announce that the incredible, vivacious and talented Lzzy Hale is our host for the 2021 She Rocks Awards! Not only does Lzzy Hale front record-breaking GRAMMY® Award-winning platinum rock band Halestorm, but her voice also echoes throughout popular culture at large.

Since co-founding the band in 1997 during middle school, she has quietly cemented herself as a powerhouse vocalist, deft and dynamic guitarist, and influential force at the forefront of a faithful fanbase. To date, the group’s catalog encompasses two gold singles “Here’s To Us” and “I Get Off,” two gold albums Halestorm and The Strange Case Of…, and one platinum single “I Miss The Misery” in addition to streams in excess of a half-a-billion—all unprecedented accolades for modern rock. They logged two back-to-back Top 10 debuts on the Billboard Top 200, namely Into The Wild Life [2015] and Vicious [2018]. Among a pair of nominations, the musicians notably scored the 2013 GRAMMY® Award for “Best Hard Rock/Metal Performance” in recognition of “Love Bites (So Do I)”. The latter smash affirmed the quartet’s place in the history books as “the first female-fronted band to hit #1 on the Active Rock radio charts.” Halestorm was also named Loudwire’s “Artist of the Decade” in 2019. In addition to selling out shows worldwide, they shared stages with the likes of Eric Church, Joan Jett, Avenged Sevenfold, Alice Cooper, Rob Zombie, ZZ Top, and Evanescence, to name a few.

Simultaneously, some of the biggest names in rock, pop, hip-hop, and electronic music would seek out Lzzy for high-profile collaborations. She lent her voice to Lindsey Stirling’s gold-certified crossover smash “Shatter Me” in addition to joining forces with Machine Gun Kelly, Trans-Siberian Orchestra, The Hu, Shinedown, Stone Sour, and more for hard-hitting duets.

Among many accolades, Loudwire crowned her “2018 Rock Artist of the Year,” and she took home “Dimebag Darrell Shredder of the Year” at the 2016 Metal Hammer “Golden Gods Awards.” A critical favorite, Consequence of Sound claimed, “Lzzy Hale sings with a passion, range and grit that rivals any vocalist in the world,” and Rolling Stone put it best, “Hale is bringing female sexual empowerment to hard rock.”

In 2020, she was honored with the Inspire Award at the eighth annual She Rocks Awards. Going forward, Lzzy’s voice only resounds louder with each record, tour, and collaboration.